Why Einstein was wrong

Todays exoplanet findings were at first all made by observing stars for a faint wobble, which would indicate that a planet is orbiting the star and "thus pulling on him" (citation "planet hunters").  But according to Einstein's theory of gravity as a  property of space-time geometry the star couldn't wobble. It would be fixed rock steady, especially it couldn't move in small extra turns as all stars with multiple planets do. There is no provision for a barycenter in Einsteins theory and hence there is no rotation around a barycenter possible in Einstein's theory. Ask your teacher where the barycenter is located in Einsteins theory, especially with many planets. 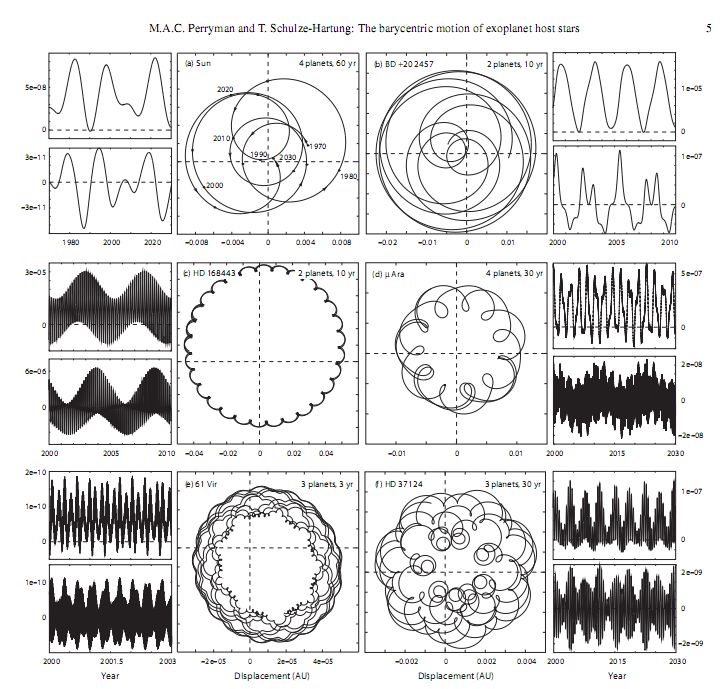 "Imagine pulling a sheet taut and placing a bowling ball in the center of it; you will notice that the ball produces a curve in the sheet. The curve is weak far away from the ball, and steeper near the ball. In fact, the sheet is a bit stretched in that area near the ball, as well. This situation describes the curvature of spacetime, and how it is affected by mass. Near a mass, spacetime curves more drastically and stretches. Near a very large mass, the 'dent' in spacetime is very deep, and the stretches are near the breaking point. This means that since spacetime stretches near a mass, not only is space stretched out, but so is time." ( http://imagine.gsfc.nasa.gov/docs/features/topics/  Perhaps NASA should better first have asked one of the astronauts in the ISS before writing this.)

What secret magical force is it that pulls on celestial bodies to roll down into the dent that a sun (or any other celestial body) forms in the fabric of space-time? (Please note:  it cannot be gravitation. Think about what this means for the theory in whole. Hint: Free fall too needs a cause (or force) for the free fall. Free float is nothing else but a linguistic variation, which tries to mask the fact that this too needs a force acting. Since documents keep disapearing as soon as this site links to them here a local copy.) 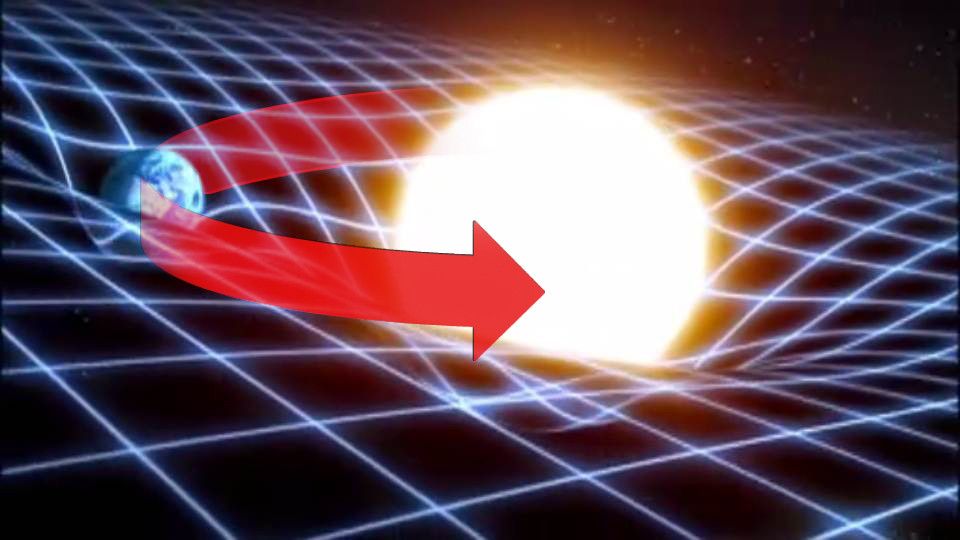 (If you simulate these orbits with Riemann mathematics you get catastrophic and bizarre non-physical results! A very basic introduction can be found here.) 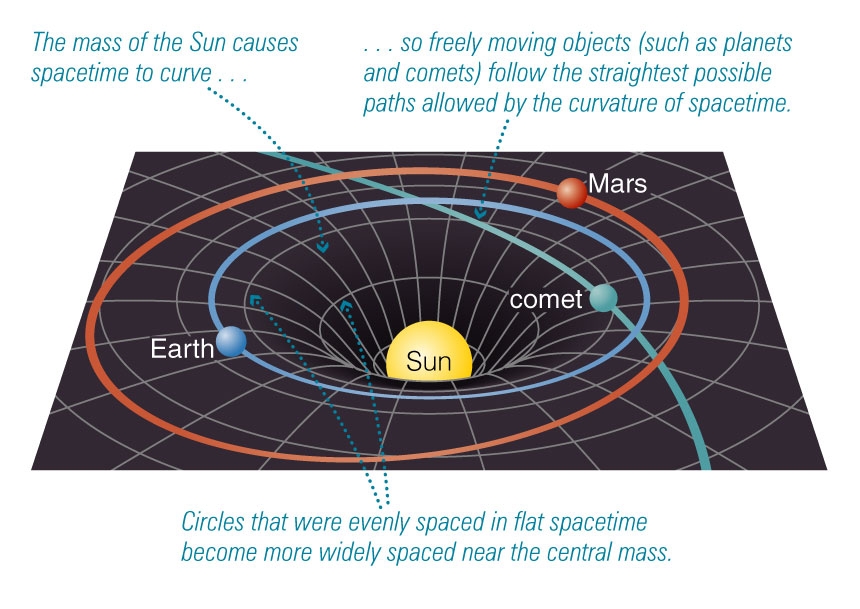 Astro phycisists who threaten to kill their grandfather if Einsteins theory should fall should ask their quantum colleagues what they do all day and what the word entanglement means. And these are no theories but always and everytime reproducible experiments!

Even explicit suporters of General Relativity have to admit: "what do experiments say about the speed of gravity? The answer, unfortunately, is that so far they say fairly little. In the absence of direct measurements of propagation speed, observations must be filtered through theory, and different theoretical assumptions lead to different deductions. In particular,while the observed absence of aberration is consistent with instantaneous propagation (...), it is also consistent with the speed-of-light propagation predicted by general relativity."

And there are more contradictions...

Students: It's time to address the elephant in the room...

In no way these remarks shall diminish Einstein's genius. Without any question Einstein had a very profound - and with todays knowledge - at the same time very modern understanding of the chalenging new findings ( the german word 'Erkenntnisse'  is more precise, perhaps there is an english word I dont know) of his time and a wide span understanding of the physics of his time and was surely one of the leading phycisits of his time. There should be no doubt about this fact if you read his articles in the "Annalen der Physik" in the beginning 20th century. And without any doubt he was the only one who addressed all these facts and asked the right questions - which per se can be an act of scientific progress and discovery. And there should be no doubt about the fact that these reflections - even if they should prove to be incorrect in their deductions with our modern knowledge  - had and will have deep impact in the scientific progress in this area. Sometimes even the - historical - misunderstanding was necessary in the human quest for a real understanding of the nature surrounding us.

Anyone who hasn't read Einstein's articles (or has read them long time ago) should read them - they are so up-to-date and actual that it is absolutely necessary to re-think his thoughts.

But it seems to me from historical evidence that physics in general - because of what reason ever - has a tendency for to early decissions in favour of theories which are not really 'mature' to be decided for. So perhaps it is today high time to reflect the methods of scientific progress and thus opening or widening the path for alternate theories in sections of science which are not really 'mature' to be decided. This is intenionally expressed so vague - so to not exclude any ideas brought forward by the general scientific community and to initiate the broadest discussion possible on this subject throughout all sciences. Since some of the sciences which are today litle heared (such as philosophy or sociology) have - to my humble knowledge - developped very profound theories and understandings on knowledge aquisition, scientific progress and dialectic development of science.

Source of the pictures: See sun.htm